Today I tried to attach the entrance door of the Orchid in a way that it is possible to open and close it.
First I used hinged joints but it was almost impossible to nail them into the wood of the house. The hinge joints were unsteady and I removed them again.
Later I tried to use some fabrics as joints but I could not glue the fabric to the wood....
However I glued the door fix to the house so there is no possibity to open and close it :-(
For the next dollhouse I will buy a moveable door and use it instead of the Greenleaf door.

I used a chair to keep the door knob in place after adding the glue. 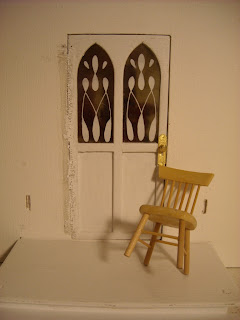 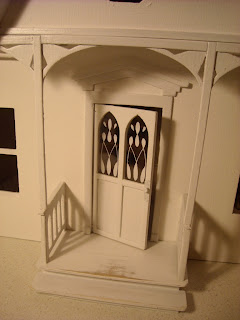 The outside of the house at the moment... 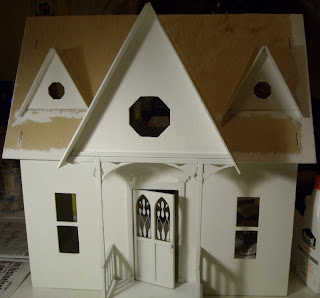 Finally, I would like to welcome my first 10 followers:
pilar
Karin
MiniMumLoon
Ana
Marie Ireland
Hilsu
Wyrna
Mieke
Marjatta
and
Liduina
Thanks for following my blog!
Hugs, Lina 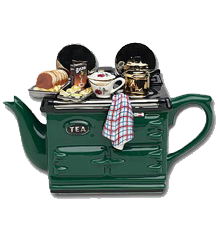